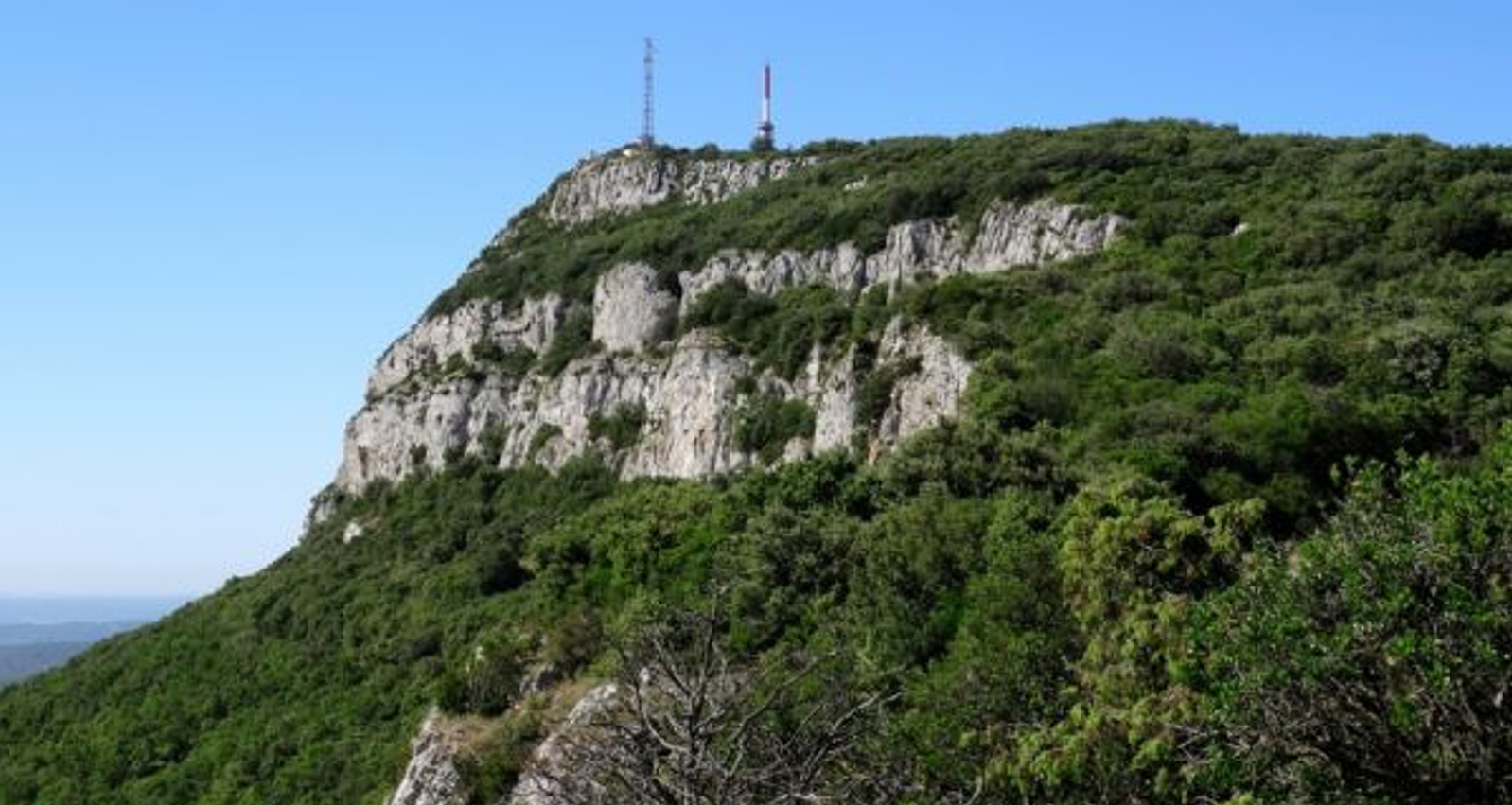 Mont Busquet is a huge limestone promontory located between Alès and Bagnols-sur-Cèze, in the Gard department and the Occitanie region. It is 629 metres high at the Guidon du Bouquet. Its summit is crowned with a chapel sheltering the Virgin Mary (Our Admirable Mother of Mount Bouquet, a pilgrimage site) as well as a big TDF antenna which is 60 metres high. From the summit it is possible to enjoy a panoramic view over the Cévennes and Alès to the north-west; the Rhône valley and Mont Ventoux to the east ; and the Garrigues to the south. The site is very popular with gliders (paragliders and more rarely hang-gliders) who take off from the top of the steep cliff at the top of the eastern face, or from the southern face. The gorges carved out by the Aiguillon and Merderis rivers are dominated by high cliffs. Over a 6km stretch, they offer visitors spectacular “giant cauldrons”, rocky gateways, arches, viewpoints … And are only accessible on foot. Located 5 km to the north of Lussan on the Verfeuil road, the Concluses de Lussan are a genuinely exceptional site offering startling and fanciful views.
The Concluses are both a series of long, wild gorges and also a rocky gorge that has been hollowed out over time by the Aiguillon, a little river that is dry in the summer, but which is turbulent and impetuous during the heavy precipitation that occurs predominantly in the autumn… It is strongly recommended that you do not visit during these brief periods of heavy rain.
From the top of the path that takes you to the “gateway”, the view is stunning: rocky escarpments, cavities in the river bed, known as “the Devil’s cauldrons”, and a chaotic assortment of rocks and boulders give the site an impressive appearance… On leaving the car park, the path descends along the gorge for 30 minutes opposite the zebra striped cliffs with their holes and caverns, before you arrive at the “gateway”, a gully that is almost completely closed over at the top, through which the river flows and visitors cross on a bridge. Once you’re right at the bottom you can savour the silence and the beauty of this site in the calm of this rocky cathedral.

Overlooking the Concluses site and 3 km from the hamlet of Beth, the Pierre Plantée, or Planted Stone, is a huge menhir (5.6 metres high) testifying to the presence of prehistoric people.
According to historians, the stone was erected as an act of devotion to divine powers.
Not far from the hamlet of Léque, the Table des Turcs dolmen is worth going out of your way to visit. Welcome to the Kingdom of the Crystal Giants Come and share in the emotions of the experience with four possible ways of visiting the caves: the Belvedere which is accessible in a wheelchair, the fascinating Guided Tour, the famous Great Abseil (explore the cave through its ceiling during a 50 metre collective abseil) and the Coulisses de la Salamandre (an engaging trail that is fun, offers great views and requires a bit of sporty participation). Four ways of exploring this enormous cavity adorned with amazing Titanesque concretions, all set to sound and light. A highly attractive eco building is home to a gift shop with lots of original items on offer. Enjoy delicious products on the beautiful terrace overlooking the protected Garrigue. Come and fish rainbow and Fario trout which have been reared in spring water. Production and sale of smoked trout, trout soup and trout terrine. Documents testify to the presence of this castle as early as the 12th century. Its key feature: the presence of several separate feudal structures built at the initiative of the seven resident co-lords. The château experienced several difficult periods during the Tuchin revolt (local peasants) against the lords during The Hundred Years’ War. The Maison du Père Loubier, which was still inhabited at the beginning of the 20th century, has been restored by the Château d’Allègre association and is now a convivial place that is available for walkers to use. The site offers numerous views over the Cévennes, Mont Bouquet and Lower Vivarais. 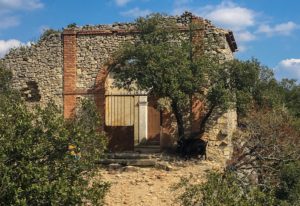 Who finds the wild goat with its big horns in the photo below? If you want to meet him, we recommend you to take your hiking boots and to go looking for him. You may cross him around the Chapel of Saint Saturnin, which is located at an altitude of 356 meters near the Château d’Allègre. The Chapel is only accessible by foot and as from the Château d’Allègre the path is well indicated. Under a natural shelter was a source with beneficent water that cured skin diseases. Children with ringworm or fever were taken to the Chapel of Saint Saturnin in the hope of curing them. Symbolically, their clothes were taken off and placed as an ex-voto on the threshold of the building. The water collected at the source healed the wounds. Nowadays, at Easter, a pilgrimage in honor of Saint Saturnin brings together many faithful people in the Chapel that has been rebuilt at the end of the 19th century.

Thanks to the Office de Tourisme in Allègre-les-Fumades for helping us writing this article : www.tourisme-ceze-cevennes.com