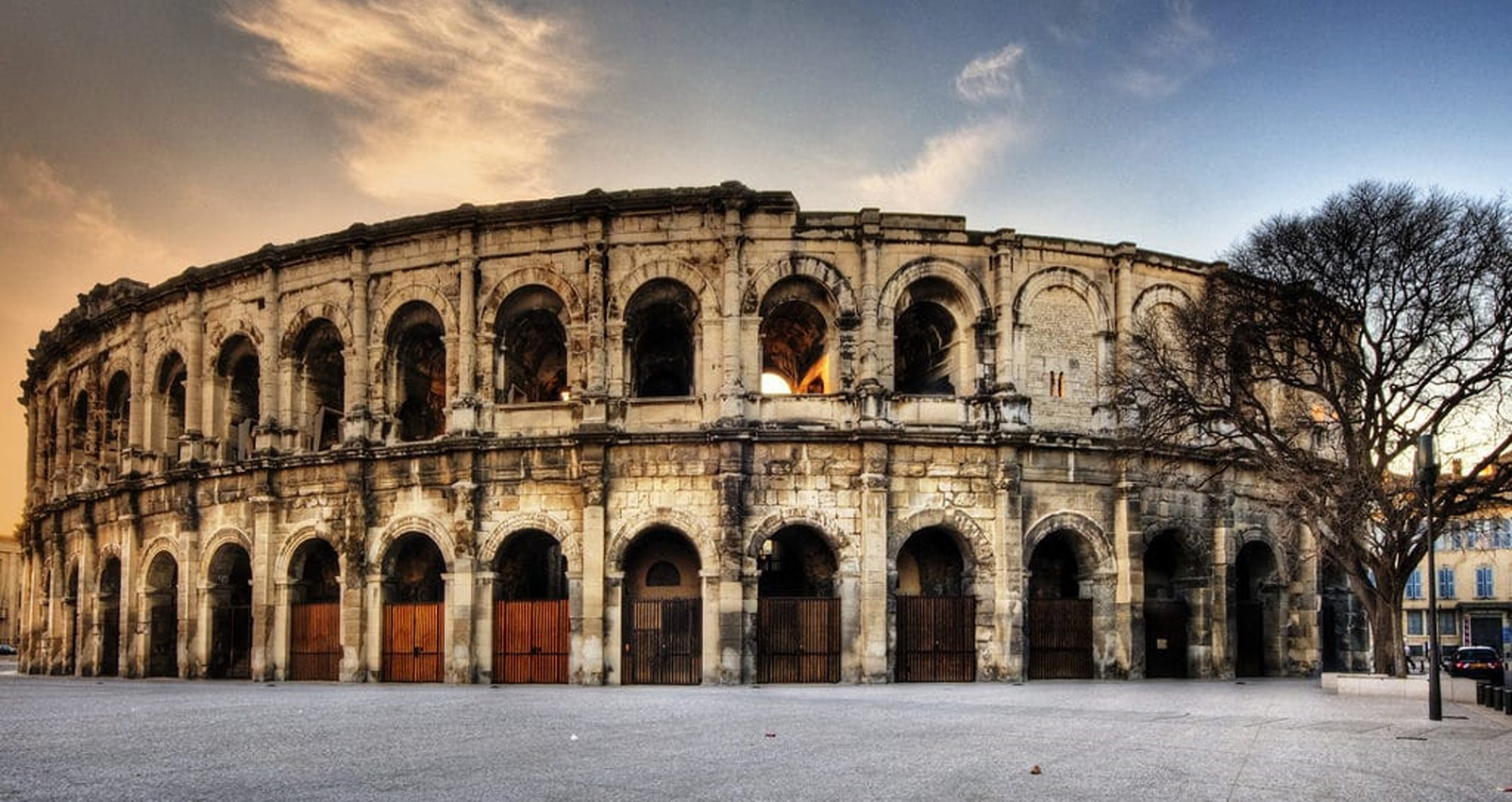 Nîmes, a large town in Occitanie, a region in southern France, was an important outpost during the Roman Empire. Its is known for its well-preserved monuments, such as the Nîmes arena, a 2-storey amphitheatre built in about 70 A.D. which is still used for concerts and bullfights. Maison Carrée, or the Square House, is a white limestone Roman temple.
In the heart of Nîmes city centre, and located opposite the ancient arena, the Musée de la Romanité presents the city’s collections of Roman objects, which are brought to life through the use of 65 multimedia devices (augmented reality, audio-visual technologies). The city’s origins are revealed through the remains of a monumental pediment which adorned the Museum’s central atrium. The double turn stairs lead visitors to the Gallic period; they are then plunged into daily life during the Roman era, getting to know the city and its inhabitants about 2000 years ago. They then travel through the middle ages and right up to the contemporary period to learn about the influence of Roman culture through the ages.